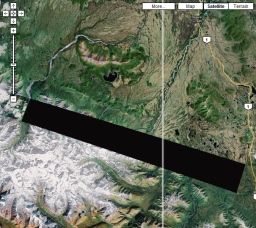 I like reading conspiracy theories - not because I believe them easily but because they are in most cases very creative and reveal interesting information and other views at our world. I can recommend watching this this youtube video with some very interesting statements.
Should this be true (who knows), then something like an earth quake weapon exists: The Ionosphere is pushed up by the HAARP, causing an earth quake when it rebounces.
Seen in action lately in China (remember the strange lights reported shortly before the earthquake?) or in Niigata, Japan 2007, where the epicenter was curiously enough exactly Japan's biggest nuclear plant. Oddly enough, also in China the epicenter was quite near to a military nuclear facility, it seems.
So I hope this one really is a conspiracy theory. :)

Well, as for any conspiracy theory, this simple question should be considered : who would be interested enough in destroying unsignificant nuclear facilities for the price of thousands innocents ?
China already has the nuclear bomb. Those centers were research centers. So what's the point ?
Not considering the randomness of such an "attack" : being away from the mountains, there is no way they could have been destroyed by the earthquake.
As for the lights in the sky, it's a common phenomenon before an earthquake. It is similar, though not exactly the same, to an aurora borealis, and are caused by magnetic disturbances that come before an earthquake.
Neirda
Quote
2008-05-31 07:10:00

However, HAARP is not the only facility of that kind. EISCAT runs an ionospheric heater near Tromsø and the Russians have one too.

I have no idea what they are in use for, but weather control is nothing new but I'm not sure if it's done to that extend. Stuff like cloud seeding seems to be done since ages. The russians seeded clouds after the Chernobyl disaster to cause them to not reach Moskow.

A video about a small atmospheric ionization is available at youtube: http://www.youtube.com/watch?v=b-8sVWfmWb8

But if the American government is using their equipment to cause storms... I seriously doubt it. For one their HAARP site is located in the states and I don't think they can use it to control the weather of a location as far as Indonesia. Additionally they don't seem to have it under control either. Otherwise they would probably have used it to avoid their own hurricane problems.
Armin Ronacher
Quote
2008-06-01 10:56:00

There are many HAARP-like devices in the world. They dump megawatts to gigawatts of power into the atmosphere. Where the theory gets woo-woo is the fact that it's possible to use the entire earth/atmosphere as an energy storage system and pump huge amounts of energy into it via resonance (the stuff Tesla was up to that freaks everybody out), and there's very little public research to indicate what possibilities this may have.

There is also a good amount of evidence that the same field that is strong enough to cause atmospheric heating on a large scale is enough, when focused tighter, to destroy electronics in satellites, missiles, airplanes, etc.

It is also the case, unfortunately, that the United States is being run by the kind of dingbats that WOULD randomly apply instruments of mass destruction to their own countries, or to anywhere else, completely independent of the wishes and desires of the rest of the world.
KFW
Quote
2008-06-03 01:08:00