Switching to an Electric Car

I did it. I just switched to an electric car.

And now after driving it for a couple of hundred KMs, I think "Why haven't I done this earlier?". It's great, and the shortcomings I feared there where are actually non-issues. 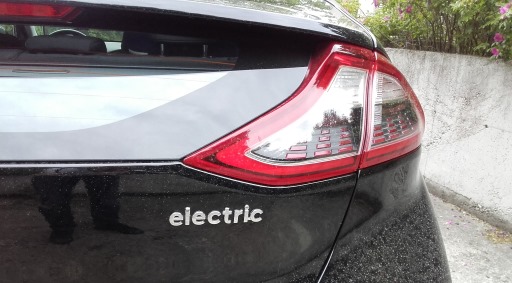 I didn't get a Tesla since they are a bit expensive for my taste (although I like them), and there are lots of good cheaper electric cars out there. Like the Nissan Leaf, Renault ZOE or Hyndai Ioniq (I chose the latter).
Here are some things I learned about all this, which maybe might help you if you are thinking about switching too:

Getting the Car
I live in the area around Vienna, which is the area with the highest density of electric cars in Austria. Nevertheless, when I went to the dealer and told them I want that Ioniq Electric, they asked me multiple times if I am sure, and if this is for me as private person. The dealers didn't seem to know much about any of the technical details like the polymer battery, temperature management or other features. Which was a bit of a let-down. Electric cars seem to be still a bit exotic even for the dealers.
But I also noticed that there seems to be slowly building up a market for used electric cars, which is very nice, so this is more and more and option now, too.

Charging
First thing I noticed is that you just have to treat the car like a big smartphone. Wherever you are, just plug it into the next socket or charging station. Just like you do with your phone. Long charging times are not a problem, since you nearly never drive it until the battery is empty. And for long range travel, for the Ioniq at least, you can actually recharge it within just 20 minutes at a fast charger. Which is faster than my kids take to get out of the car, to the restroom and back again.

Accessoires
Charging cables and wall boxes are surprisingly expensive. A type 2 cable costs 250â‚¬, and a wall box around 1000â‚¬. You don't need those, but they make your life easier, and they are just a one-time investment, so I think they are worth it.

Charging Network
When driving around, you sometimes need to charge at EV charging stations, and there are tons and tons of networks to choose from, even in such a small country like Austria. There are 12 large networks and a lot of smaller additional ones. You need a card or app with account for each of them to charge at their stations, which is confusing and stupidly complex. Recently, most of them have started cooperations, so you can use a card of one provider at the station of another one, but it still is confusing with the tariffs, and you never 100% know if it will work. Not sure why they just simply don't take debit or credit cards as payment method, just like every gas station or shop on this planet.


I still have to accumulate a lot more experience, this was just what I noticed within the first days of having the car. But I really had a very positive experience so far. I'll probably post an update in a few weeks.