My former co-worker Stefan 'Tivolo' Reinalter and his friend Markus Lipp worked (obviously) quite hard on a demo called "Insomnia", they recently presented it on the web. I'm not linking it here because he seems to have some bandwith problems, but it really looks impressive. They show lots of special effects in the demo, like nice HDR lighting (ahh, need to have that in Irrlicht too), cool caustics and refractions, soft shadows, PRT, motion blur and more. (more shots at gamedev.net) 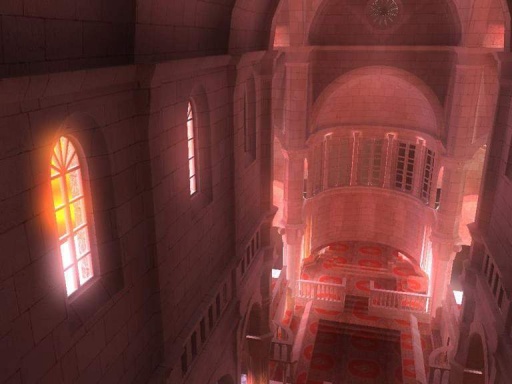 Quite impressive, and they made the first price at the Realtime Rendering competion of my university. I guess they would have impressed people even more if they had better 3d models, but 3d programmers always have this problem. :) Congratulations!

"I'm not linking it here because he seems to have some bandwith problems, but it really looks impressive."

And Matthias has a good point. Took me under five minutes of trying different terms to locate the site :P