Although intended to be a small side-project game, it sold around 4000 copies as of today, so here is a small Post-Mortem: 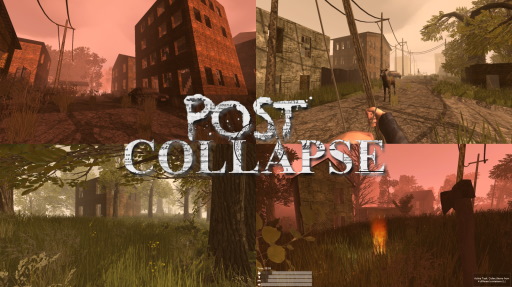 When I started developing PostCollapse 7 years ago, it was supposed to be a WebGL game to be run in your browser from a website.
WebGL was new and I expected it to replace the back then still popular Flash game scene (and it turned out I was very, very wrong), so it made completely sense to me.

The name of the game was planned to be "EndTime at Home".
I wrote it with a procedural generated world (terrain, houses, trees etc) and self-created textures and self-composed music within about 4 weekends. It was very ugly and a bit slow, but it worked.

Here is a video of the first prototype running it. 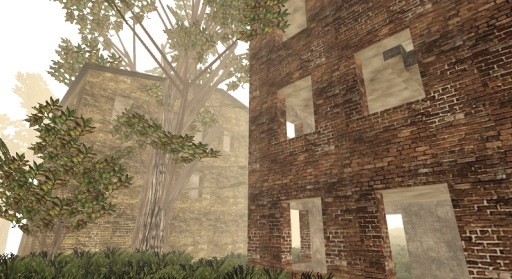 The game had very thick fog, because the browser would slow down too fast, otherwise. Not because of rendering the 3D world, but because the on-the-fly procedural generation of the world was too slow. Back then, the Javascript engines in the browsers weren't as fast as today, unfortunately.

I refined the game over the next weekends to make it look nicer and contain more gameplay features such as furniture, weapons, animals and such, but I wasn't able to overcome one critical problem: The game still appeared to be very slow. But the problem wasn't the 3D rendering speed or the generation of the world, those were now very fast. The developers behind the JavaScript engine in the browsers really had done an incredible job. 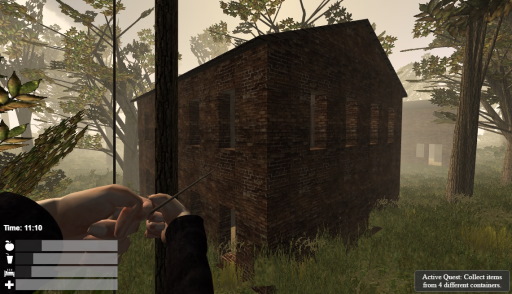 The problem was that the browser had a mouse input lag. A movement of the mouse was sent to the code with a huge lag, making the game to appear very slow. A lot of other developers had the same problem, and there was even a highly upvoted bug report about this in chromium bug database, but the Google Developers had answered that they weren't planning to fix this. So I was stuck somehow with my concept.

In the meantime, Valve kind of had opened Steam for all developers with a program called Greenlight: Developers could post there ideas for their games, and if enough users voted for the game, it would have a change to be published to Steam. I renamed "EndTime at Home" to "PostCollapse" because I thought that name described better what the game was supposed to be about, and posted it on Greenlight. To my surprise, it was upvoted quickly, and allowed to be released on Steam. 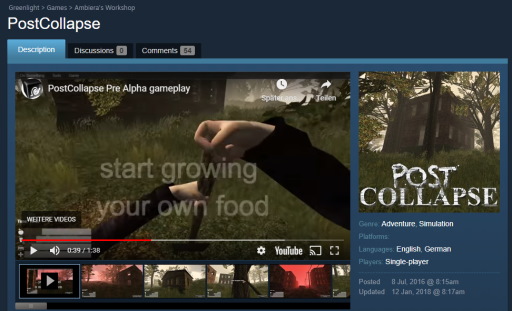 The Problem: I only had the WebGL prototype with the mouse input lag problem, and this wasn't at all good enough to be published on steam. So I set down, scrapped all the code and re-implemented the game in C++.

After a month of work, the game ran nicely as it was now reimplemented using CopperCube's C++ base. I had added a lot of stuff like tutorials, objectives and more, so I released it as early access on Steam.The reviews were mixed, a lot of people didn't like the unusual way the game is supposed to be played: In an empty, large world, no zombies or other types of monsters, just you against nature. Too boring for a lot of people. But I guess this happens when I create games which I want to play myself, and are not targeted at the average mass market. Also, the market of survival games was quite oversaturated even then, and people expected something a bit different.
Still, about 60% of all players recommended the game, so I was happy.


Updates after the release

I did 17 bigger updates of the game after the release, adding content and gameplay changes. The graphics and style of the game evolved and improved significantly during this. I even added a type of "Minecraft mode" to the game: It is now possible to modify any building in the game by adding and removing blocks to the walls. 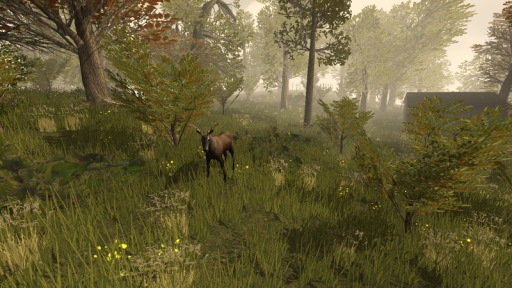 I translated the game initially into English, German, Russian, French and Spanish, because those are the languages I and my wife speak. The community helped improving those then. The USA, Germany and Russia are also the countries where the game is mostly bought and played.

The development costs were basically the license fees for some 3D models and textures. This is of course without my time creating 3d models, composing music, drawing textures and programming. Figuring that in, the game would be of course a big loss.

But as with all my other games, I create them because I want to create them. And I create games which I want to play personally, not because I want to earn a lot of money. Working as indie game developer is very risky and comparable to playing the lottery. I do games only as side-projects, and can only recommend doing this for other solo developers, because you have a high propability to ruin your life otherwise.

I usually sell most copies of PostCollapse during Steam sales, where PostCollapse is discounted. People are ok spending a few euros for playing an unusual survival game. And I'm happy when sometimes people leave a positive review, telling them that my game made them a bit happier.

Hope you liked that PostMortem. Of course, please try my other games on Steam and ask my any question on Twitter, if you like.

Hello Niko,
Very interresting... i wonder how much time you spent on this project - and with your actual experience, who much time to make another game like this one ?
Ps: i'm not very active, but i follow you for more than 10 years (Irrlicht).
Benicourt
Quote
2020-04-07 09:38:00