I shot this picture yesterday in our driveway: 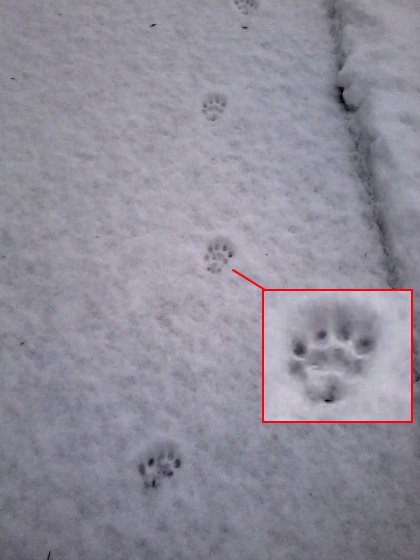 Those are the footsteps of an animal which ran in a straight line from the forest directly to the engine bonnet of our car. In doing so, it apparently even jumped over a fence (80 cm height) without problems. It looks like it slept in or below the car and then left in the morning. Its footsteps are frightingly big, like those of a dog. I wonder if there is a mutant sized Marder (=an animal like a weasel, but much bigger, common here in austria) living in our neighbourhood? :)