Looks like German-Speaking Wikipedia users are finally 'thanking' Wikimedia for deleting and censoring all the german Wikipedia articles: 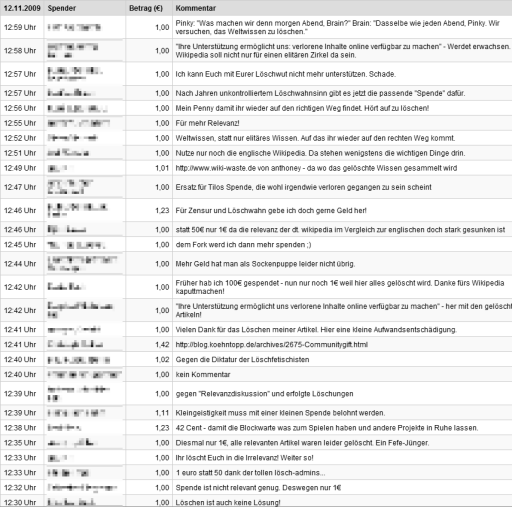 Instead of donating a usual amount of about 50€ or 20€, people are sending in only 1€ and writing why they are angry about wikipedia: the admins of wikipedia are increasingly deleting and censoring articles on the Wikipedia, but ignoring all criticism about this behavior. Finally a way wikimedia will listen, I think.