Everytime I start writing a 3D rendering framework from scratch using OpenGL or Direct3D, I can guarantee that in the beginning I'll end up with a black, empty screen, wondering for hours why it is black and not showing the 3d geometry it's supposed to render. (Usually it's a wrong matrix, missing shader or simply the light turned off).
Same for Character Animation: Every time I start writing a character animation system, I end up with something like this: 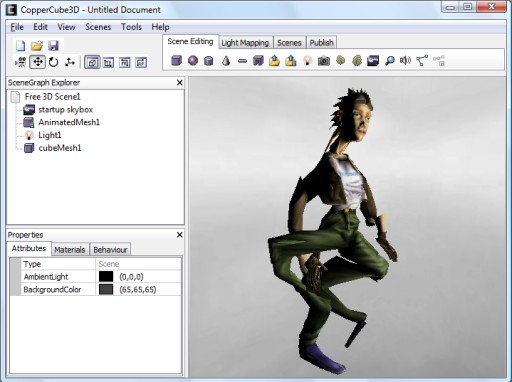 Hmpf.
Looks like some weight or joint matrix went wrong somewhere. I know I'll find the problem, but it's impressive that I'm always getting the same errors. :)

Ahahahaha!
Believe me when I say it's pretty normal. It happens to me as well (an idiotic but common error I keep on making is forgetting to cast numeric types, which obviously cracks everything up).

Anyone else think this post title suggested niko was making a game about the flying spaghetti monster?
moo
Quote
2009-10-23 13:48:00

You are definitely not the wrong one. I'm writing an OpenGL renderer and each time I add some new feature, I end up bugfixing it most of the time. But it's amazing when it works the first time! :D
triton
Quote
2009-10-23 16:08:00