I just tried out Ceville, a point and click adventure game. It's cool that these games are not dead yet. Ceville uses realtime 3D graphics (interestingly, rendered by MOgre, a C++/CLI wrapper for the Ogre engine) and - as expected for an adventure - there are a lot of amusing spoken texts (played back by the irrKlang audio library, btw ;) ) 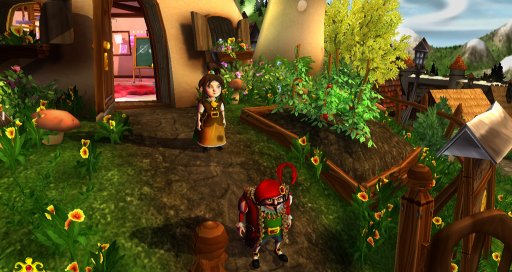 I personally like the game - ironic texts, item combination riddles, cool animations, odd characters - everything you'd expect from this kind of game. If you want to try it, it seems like there is currently only the german demo available: From Fileplanet or Gamestar.de, but at least there's an english Ceville trailer on youtube.

This game is just so nice. Atleast I can understand it somewhat with my low german knowledge. Glad I started learning the language. The funny thing though is I feel that I know English so little sometimes though, when I come across some arcane words.
kinjalkishor
Quote
2009-02-21 14:28:00