Just out of curiosity, I just created my first Adobe AIR application. I took the Darkness Springs beta game and made it work with air: 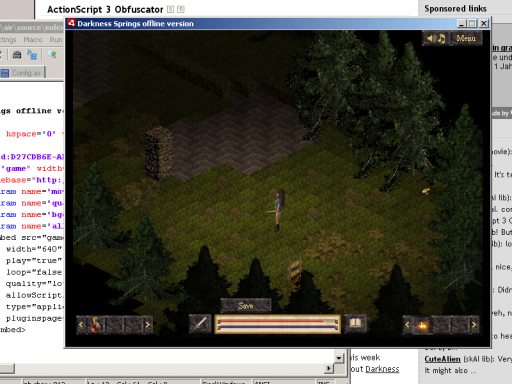 It was a very painless process, but there are some things which are not that ideal in my opinion:
Just some first impressions. But it's a nice framework anyway.

@niko, I played Titan Quest. It is also one great isometric action RPG(though this genre is becoming rare - diablo, sacred, titan quest are the only hit ones that come to mind).
Most notably when the character moved the animation of rustling grass was very cool and God they have all kinds of grass. Too bad iron lore closed.
kinjel
Quote
2008-03-30 17:43:00