I just worked a bit on the light mapper of irrEdit, fixing a bug which caused smaller polygons to get wrong colors. Some few people noticed this on the forum, and the reason for this was that the lightmapper chooses not to use light maps for polygons which are smaller than a texel, and set the vertex color of the geometry instead. Unfortunately, lightmap materials are modulated by 4, and the solid vertex colored material in irrlicht is not, causing it to appear darker. Here is a shot of it, the upper image shows the old version and the other one the fixed irrEdit version which will be released soon: 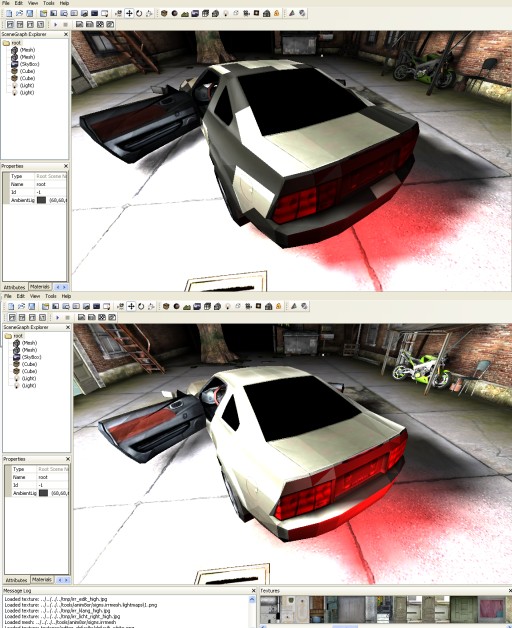 Only very small polygons were affected by this problem. Notice that for examlpe the bike in the background also consisted of only very small polygons, and was a lot darker in the buggy version.
Nice. With a good working light mapper and an own irrlicht file format, it's again one step nearer to a cool new Irrlicht demo.

WOW this is soo cool.. i have actually been getting this problem a lot but i thought it was something to do with my models. I can't wait for the next irrEdit. ;)