Galactic Dream: Rage of War has just been released, a commercial realtime strategy space game using Irrlicht. I already blogged once about this game, but now it is finished and looks even a bit better than before: 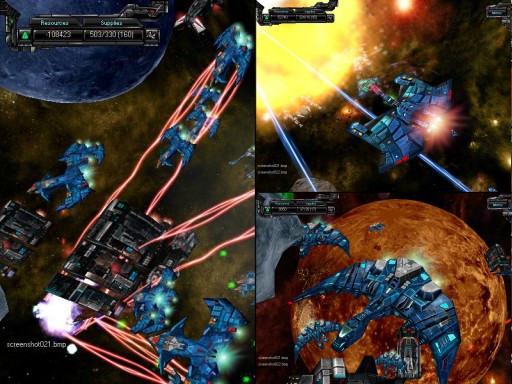 the pictures are great :)
but I think the gui needs to be refurbished.
looks some how like games from the year 2000 ^^
nevertheless awesome!

awesome graphics. That orange planet looks real fiery. space ship maodels are also great. Remind me oh Homeworld 2. Already knew it that irrlicht was awesome. It just needed the right content. Real nice content on a very nice 3d engine. Still waiting for a first person shooter project on irrlicht. Though I myself am working on a multiplayer/singleplayer FPS and RPG but I am using my own engine(for now it only generates meshes inside cube maps) But when I complete the content(which is being done side by side) I am thinking to use it on irrlicht. Anyway this is a nice project.
kinjel
Quote
2007-08-19 18:01:00