Some Stripped Technical Details From the Unreal Engine 3 Lawsuit 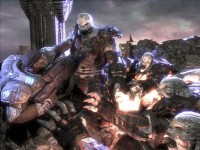 Now that I run my own game development related company, I'm more interested in reading business related game news than I was already before. Especially when it is about middleware licensing, which I do now as well. The legal dispute between Epic Games and Silicon Knights over the Unreal Engine 3 [my favourite 3D engine by the way, except Irrlicht of course ;)] caught my attention recently, because the whole 54 pages of the lawsuit are available online as .pdf file:

Silicon Knights is complaining in there about missed deadlines of the XBox360 and PS3 ports, missing promised technical features and according to Silicon Knights, Epic was more interested in their own products (UT2007 and Gears of War) instead of providing their clients with new UE3 versions. The document reveals some few technical details of the Unreal Engine 3: Silicon Knights wanted multithreading support, but Epic didn't deliver this according to SK. They also claim to have discovered non expected huge memory usage and long loading times. Interesting: They talk about the Unreal Engine doing garbage collection. But I think they simply mean something like a cache freeing long unused media like textures or similar: "Upon information and belief, the target for garbage collection in the Engine is that that it will run for 5 milliseconds every 30 seconds to 2 minutes." But they had to run it "every 25 seconds for 30 to 50 milliseconds". Also, according to them, UE3 seemed not to be able to meet the start up time requirement demanded by the Microsoft TCR. They write that UE3 usually does dynamic memory based particle systems but that for Epic's game it uses particle pools which pissed off Silicon Knights. Maybe an idea to extend Irrlicht into that direction, by the way. They also didn't like that UE3 wasn't able to draw terrain although promised according to them. (As far as I know, UE was never able to do terrain until now, if you have seen terrain in an UE based game, it was a static mesh). And there are some details about the lighting model: According to Silicon Knights, lighting in UE3 was planned to be possible with 3 or 4 lights affecting each model, with some very low amount of precomputation for static lights. But then, according to Silicon Knights, "the prescribed lighting model for the Engine was to pre-calculate as much of the scene as possible and consolidate the light effects into three light vectors per vertex while lighting the character from a single point light that approximates the overall scene lighting..". Which is not that impressive, in my opinion.

The document is long but interesting to read, and if you can read between the lines, it sounds like a normal game project with the usual software problems mixed with some bad communication between both parties. But because now other developers start to complain anonymously too, maybe there is more behind this. I hope we'll see a nice UT2007 anyway soon.

Fortunately, until now I had no problems with licensing issues like that with my company yet, all clients seem to be very happy and I try to keep it that way and hope it will stay like that. :)

It must be a pretty tough line to walk for them - by nature by their position in the industry, they have to be extremely ballsy with their technical claims way before they know whether something will really work in practice in a full-scale scene. It doesn't surprise me that the practical situation is considerably simpler than the early claims; after all the 360 and PS3 are still only equivalent to high-end PCs and we both know that you can't perform miracles even with that.

I'm quite glad to be positioned on the more realistic end of the market, as I guess you are too. We don't have to hype our products into the stratosphere or try to justify a several hundred thousand dollar licensing fee, we have the luxury of being honest. I think this goes a long way to reducing the risk of legal exposure!
steve
Quote
2007-07-24 19:46:00

Speaking as someone who works with UE3 on a daily basis: UE3 actually has a real, proper mark&sweep garbage collector. UE3 does thousands of allocations every frame. And it's causing us quite some grief sometimes :(
Anonymous
Quote
2007-07-25 09:36:00

Huh. and UEd support is counted as one of the best in industry. I think with 20 or more so licenses on a developing technology these tings might happen. Even Crytek fears on the topic of supporting its cry engine2. But cheers irrlicht is fearless.long live forums and niko.
Kinjel
Quote
2007-07-25 14:40:00