Programmer's time of the year 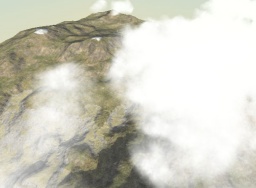 It looks like this is not only the time of the year for spammers, but for programmers as well. It's dark and cold outside, best time to sit in front of the PC and to create something new. I had planned a release of irrKlang with some nice new features for this week, but unfortunately I was running out of time this weekend, so this is now scheduled one or two weeks later. But if you take a look into the forums, it's nice to see that there are masses of programmers doing the same currently, programming new programs and playing around with their ability to code. Personally, I like for example AlexL's clouds, they look very nice. Maybe not that perfect as those clouds recently released by someone else running another pretty popular open source engine project, but very nice. :) 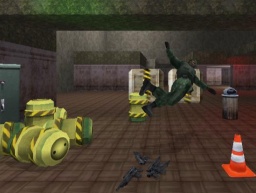 Or Luke's Newton integration and ragdolls, another example. Ok, doesn't look that impressive on a screenshot, but this youtube video is more fun, and the movement also gives a bit more attraction to the shadows.
Ah, it's very rewarding to see people using one's software and that all the work wasn't for nothing - I think that's the most important thing for non-profit open source projects like Irrlicht and this also explains why there are that much dead open source projects out there: It's impossible for every project to get that much attention. And because we are getting close to the end of the year and it nicely fits in here: Thanks to all Irrlicht users for doing what you are. You are more important than you might think! :)

Niko, thank you for the complement on my cloud system; as you said about it meaning alot to you seeing people using Irrlicht, it means alot to me as a fairly new programmer to see people recognize what I have accomplished myself. I would also be interested in a link or the name of the other cloud system in which you mentioned :)

Anyways, keep trecking with your amazing work in all your projects; I'm sure it goes without saying, but we all appriciate the time and work you've put into them.
AlexL
Quote
2006-12-19 06:03:00

But you niko, are more important for us little Irrlicht users, because without your amazing work, we would not be able to do, what we do.
So I like say to you: THANK YOU VERY VERY MUCH FOR YOUR GREAT WORK!!!
Stefan Branske
Quote
2006-12-19 11:55:00

He's right, the community makes all the difference to an open source project. So long as people collaborate, great things can happen.

since it's almost the end of the year, maybe oneone would release a top 5 irrlicht forum project list? we can have categories like: