After a week of time-out because of a massive lack of time, I continued to work on the editor a bit. I added some really useful new features, like the possibility to switch the viewport type quickly using the toolbar, the menu and the F1-F4 keys (Perspective, Top, Front, Left), so it is not necessary anymore to use other viewports - but still possible of course. I also wrote a mesh cache manager window and implemented access methods for the most important scene node types. One of them being the ParticleSystemSceneNode opens a lot new possibilities: You can use the editor as particle system designer too if you want, here are some examples: 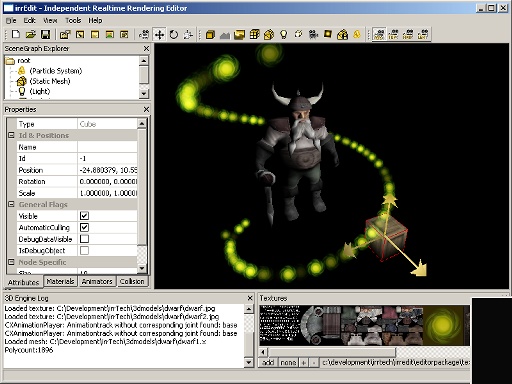 Creating these particle systems is possible with just a very few clicks, and it is quite fun. 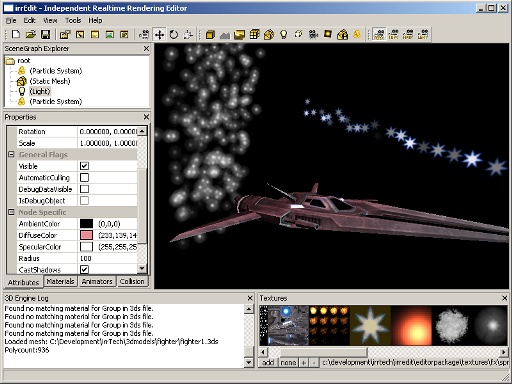 This one is was small stress test and looks a bit weired. I limited the amount of maximum possible particles in the editor, to prevent the user to make the editor hang when drawing millions of particles. 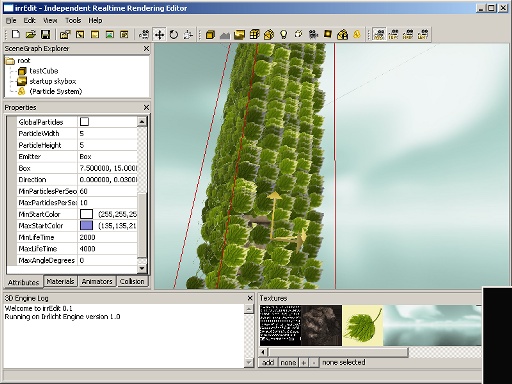 As you might have noticed I also played around with the name of the editor. Maybe 'irrEdit' would be ok anyway. But what should it mean? 'Irrlicht Editor' is much to boring. Ideas welcome :)

I like IrrEdit or EditIrr the best I think those are complementary to your program, also are you planning on adding sprite manipulation to the editor? Can animated sprites be mixed in with the 3D to create a hybrid 2D/3D game? This would be really cool to see so people can mix up animations besides just particles. Looking great though, keep up the good work!
Lone Wolf
Quote
2006-06-14 18:48:00

Sorry if anybody has already suggested this. (Didn't read :)