Did you already watch the Prey Trailer? It's nice, although I don't really see why the developers say that it is such a different and innovative game - it's a simple shooter after all. One interesting feature - although already seen in other games - is its portal technique. In several scenes you can see portals into other rooms - gates through which you can walk and see into other places far away. Looks like this: 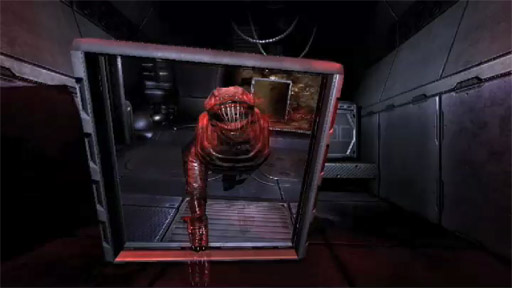 The monster is coming out of this portal which is embedded in that box, wich funnily is falling down and moving. Looking into the box doesn't show an empty inner box but another huge room.

Santostefano Giovanni reimplemented this technique for Irrlicht. Looks like this: 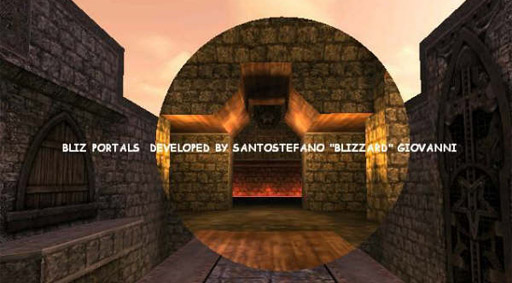 You can also walk into the portal, and come out in the displayed room, look back and see the place where you started at, pretty impressive

It lacks the nice 3d art as in prey (which is a common problem for programmers doing graphics) but it works. He even provides the source code, a video and the executables. He implemented it using the stencil buffer and Irrlichts capability of directly invoking d3d or opengl commands. I would have done it in a bit different way - using the RTT feature, not because it looks like prey is doing it this way too but it would have been a bit more portable with irrlicht and some other nice additional effects would have been possible too. But who cares at all, it really is nice and great work. Cool that lots people are making their work available like that.