I did some progress with the small editor I started last week: 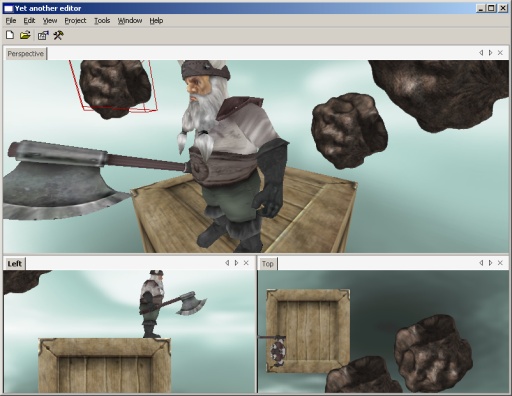 It is already possible to create, select, and move nodes. Not that much, but it's a beginning. And it really helps me improving Irrlicht. Especially the .NET version, I introduced at least 5-6 new features to make it easier to create windowed applications and to work with orthogonal 3d projections.

hehe, looks cool. I like the new dwarf model ;)
will the editor be included in the new irrlicht release?

Nice. It is very cool that you create something in .Net and improve the .Net port of the engine at the same time :)

nice! what will this evolve in? :)