Remember the game Schleichfahrt or also called Archimedean Dynasty? It was a nice game, and has a more or less successful successor named Aquanox, published and developed by a former employer of mine. Xaron is working on something like a remake of this game, named Silent Depth. It already looks pretty nice, example: 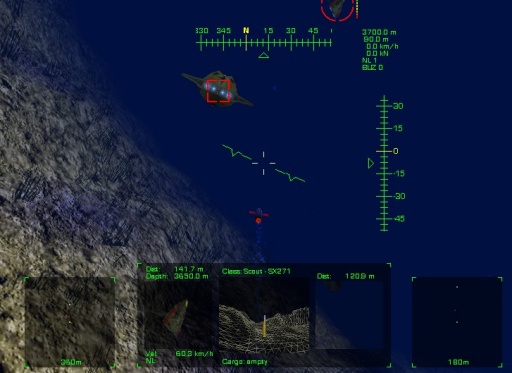 Looking forward to see the full game. Not only because it is made using Irrlicht.