One of the coolest games I ever wrote was Gates of Destiny. If you search for it you'll find really, really lots of pages where you can download it. So, it is maybe one of my most successful games - even if it is now freely available.
If you are interested, download it from here. I wrote it 6 years ago, so don't expect to much, especially because I also created everything by myself, even graphics and sounds. Ok, everything except the cool music which was created by Markus Rohde. The reason why I'm writing this is because I just found out that it even works on ReactOS. Quite cool. Here's a screen shot of the game: 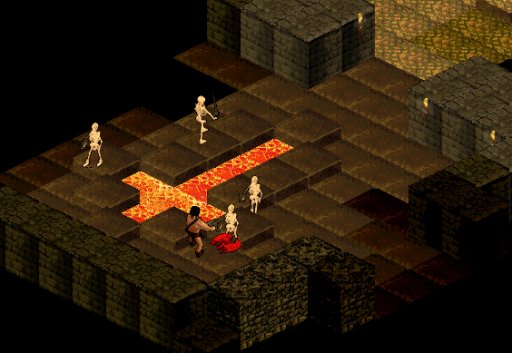