In Extremo concert in Gothic

At the weekend, I attended a concert of the german folk metal band In Extremo. About 3 or 4 times. Because it was a virtual concert, which only takes place in the german version of the RPG Gothic by Piranha Bytes. Unfortunately, it's not in the english/interational version, and so most non german speaking players won't see this, which is a bit sad because the band really rocks and the music fits perfectly into the game. And because all these non german players only would see screenshots of it, I took a short video of it. I hope it is legally ok, I only recorded about 7 seconds. :) Download it here (1.6 MB) (Warning: very low audio quality). 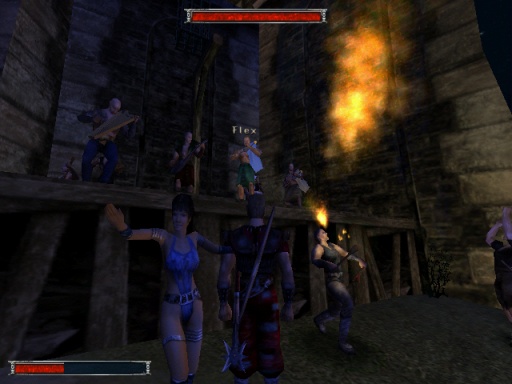