I just uploaded version 2.2 of RocketCake, the free responsive website editor I am developing: 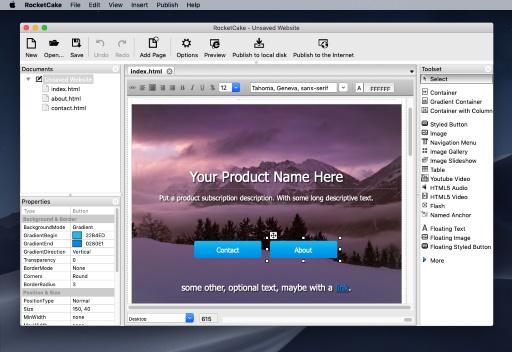 I had to push this out because some people sometimes had problems with the editor UI not working at all: Sometimes, ComboBoxes and sliders simply wouldn't work at all. I bought a new Mac Mini among other things too be able to reproduce and fix this problem, and after many tries, somehow, finally RocketCake behaved exactly the same as reported by some people. Still not exactly sure if this was the reason, but I was able to fix this behavior by rebuilding a few underlying libraries, linking with a newer MacSDK, and making RocketCake stricktly 64 bit only for macOS.

It's a bit scary, though. Especially since this only happened on Mojave and the app works perfectly on all previous 6 versions. Hope Apple will test their OS a bit more before shipping it in the future.