Today, I updated the Android code base to use Android Studio (instead of previously, Eclipse with the Android SDK). Which is actually nice to work with if you have enough memory. But the amount of stuff it is doing automatically is scary, and you can only hope that it will do everything right, otherwise you really have a problem, I guess.

Anyway, I now compiled the Android app to target API version 26, which is the minimum version to be allowed on Google Play (Google changed this just now to be a new requirement), meaning that if you create an Android game using CopperCube, you should be able to publish it on there again now: 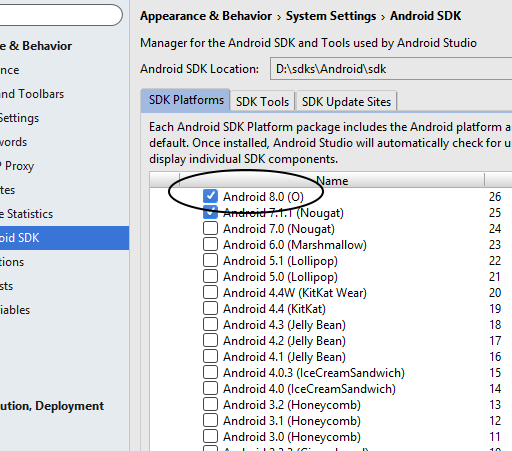 The minimum SDK is still set to 8.0, and apparently, it works with this still, so your APKs still will run on very old Android devices as well, which is very nice.

You can grab a beta build of CopperCube with this feature from here, if you like.