I recently bought Overload, a zero-gravity shooter, which you play inside mines in a very small one-man spaceship. If you know the game "Descent" from 1995, then you know Overload: It's basically a remake without the rights to the original game. Descent looked like this: 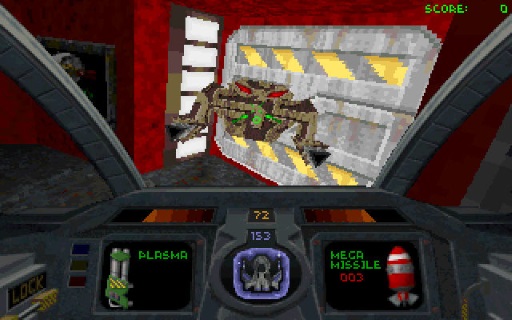 Overload copies nearly all game mechanics and has modern graphics: 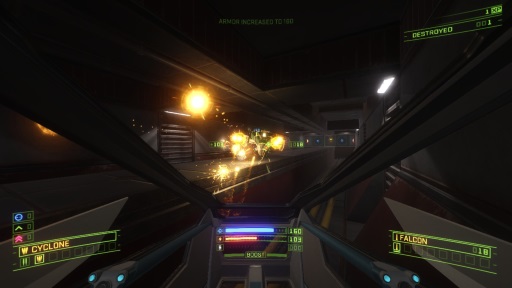 Even the default keyboard and mouse settings are the same.
I played Descent very much back then in the 90ies and loved the game, and even created levels for it. And I really like Overload. I even bought the sound track on steam, because it works nice as background music while programming.
The only shortcomings of Overload is the multiplayer mode: No coop-mode and if you want to play online against random users from the internet, there doesn't seem to be any players online. I tried about 15 times on different days and was only succesful twice.
But apart from that: It's great and much fun.It's worth the 25â‚¬ it costs on steam right now.