I just uploaded an update of PostCollapse to Steam, version 1.13. I think I fixed a crash bug which occasionally appeard for some players. I also added a nice new feature: You can now actually see the water sinking into the ground, when you are watering your plants:

This is also a quite nice usability improvment, I think. Also, I think it again looks a bit better now. I tweaked a few textures and shaders: 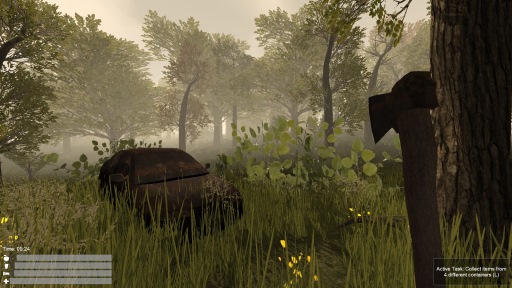 Still not that great, but I'm only a programmer, after all. :)

I think for a programmer you deliver good graphical results. It has a certain style an coherence to it, which makes it quite appealing.
Lenx
Quote
2017-08-28 07:43:00