Steam Direct and what it means for us 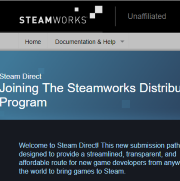 Since Valve has shut down Greenlight and replaced it with Steam Direct - a method were you basically pay 100$ and can publish your game on Steam - the number of games released nearly exploded: more than 1000 games have been added to Steam since then.

As engine developer, I also noticed a big change since Steam Direct:
Way more people who are using CopperCube (that's the 3D Game Engine I am developing and selling) are especially asking more questions about its Steam integration (Achievements, Steam Overlay etc). Also, a lot of new game developers and beginners are starting to use CopperCube, in order to create games specifically for Steam. For me as developer of that game engine, that's great news. But for me as Steam user, it is not: It was difficult to find nice games to play on Steam even before Steam Direct. Now it should become much more difficult, with the flood of these games. The curation
system Valve introduced in the Disovery Update didn't help a lot.
Also, search and filtering still could be improved, a lot.

So, why is Valve doing this? Clearly, no one wins if they flood Steam with tons and tons of low quality games? No one except the people at Valve can tell for sure, but a lot of evidence ([1], [2]) points to this: Valve seems to be very much afraid of the Windows Store.
It's basically an app store built into Windows, which also sells games. If you ever bought something there, you'll notice that it is unintuitive and broken at a lot of places and it doesn't look like Microsoft is putting much effort into trying to improve the situation. But it will eventually get there, and although Steam today is basically the place to get games, it could change some day. So to make Steam more relevant and future-proof, I think they probably thought it would be a good idea to put as many games on Steam as possible. And if this really is the reason for it, then ironically, they achieved the exact opposite: 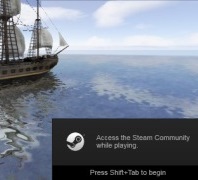 As game developer (try my latest game PostCollapse), visibility in an app store is very important. If your game or app cannot be found, then your game won't get sales.
Previously, because Steam usually only had a handful of games (around 8000 in 2016, which is already now twice as much at the time of writing), it was like that: If you made it onto Steam, already this was a guarantee that you would earn at least a bit of money. But the more games are on Steam, the more it starts behaving like one of the existing app stores: It is a gamble, and the probability to earn nothing at all gets higher and higher. So once Steam reaches this, there is no incentive for game developers to prefer Steam as platform to developing for. The probability to earn money then will be the same on Steam, Google Play, Apple's App Store, the Windows Store and others. Valve then will has made Steam more irrelevant.

Let's see, maybe I'm wrong about all this. Or maybe Valve will simply adjust the price tag of 100$ of Steam Direct, and improve quality like that already. It will be interesting to see what comes out of this.


[1]: Gabe Newell said that Windows 8 is kind of a catastrophe when introduced, included the Windows Store (

The Greenlight system was broken already and a change was in order [1]. I don't know whether Steam Direct is the best way to go forward, but at least it's a fair way. Everyone can release their game on Steam and nobody is dependent on a real or bought audience to up vote your game.

One thing that might be interesting to put in place, is that your game needs to sell a certain amount of times over a certain amount of time, otherwise it will be removed from the store again; once reached the game would stay up indefinitely. This would guarantee that the creators need to actively bring an audience to their game, that the devs can make their investment of $100 back and that Valve gets more sales done.
Unfortunately, this system could also be gamed, e.g. low entry price, buy in bulk till requirement satisfied, raise the price, or similar.

It's true that discoverability on Steam is not great and gets worse the more you add, at the same time, I don't feel like Steam has to be the "discovery" platform. I very rarely go on Steam to find my next game to play, but I'd read or hear about some interesting game and would go and look for it on Steam.

As long as people release their games on Steam, Steam will stay relevant, regardless of how many title it sells. It has established itself as the default platform to find games and people won't be switching, as long as they can find "their" games on Steam.