The Craziness that de.Wikipedia has become 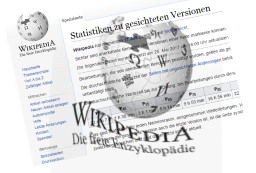 I've been creating and editing Wikipedia articles casually since one and a half decade. I guess I created a few dozen, and edited a few hundreds. But today, I decided to stop doing this on de.Wikipedia, the german version.

The reason for this is that unlike en.Wikipedia, de.Wikipiedia is becoming crazier and crazier. Admins are going mad there and restricting edits and deleting submissions where they can. This has been the case for years (I remember ridiculous discussions on Wikipedia around the Irrlicht Engine article even about a dozen years ago), but during the last months, I think it has become even more ridiculous.

For example, I extended a hopelessly out-of-date technical article one month ago with quite a lot of stuff. Problem: After a change of an article, it needs to get sighted on de.Wikipedia in order to become public. In order to prevent vandalism and incorrect data. (This feature isn't active on the english Wikipedia, BTW.) Probably because the topic is a bit specific, and there are probably not many people knowning much about it, this article hasn't been sighted now for a month, and my update isn't visible still. Which is not only unacceptable, but ridiculous.

There is even a statistics page for this: The average sigthing time for a page is currently 17 days! Somebody is clearly out of his mind.

So in an attempt to verify all changes, or make sure that everything is correct, de.Wikipedia is accomplishing the exact opposite: Authors get frustrated, articles are getting out of date quickly, and updates are prevented.

So that's it for me. Good bye de.Wikipedia. I know I'm not the only one. de.Wikipedia has a problem with Autorenschwund since a few years. But it doesn't seem to get better by introducing new rules. I'll keep my changes now on en.Wikipedia, although it is a pity: I only do minor changes there since english isn't my native language.