Last weekend, I tried to improve the trees in PostCollapse. The current ones are procedurally generated and ugly, which made sense when the game still was written in Javascript and WebGL, in order to keep down the amount of data needed to be downloaded from the server. But since it is now a C++ written Windows game, it makes sense to replace them with proper trees. My result looks like this so far: 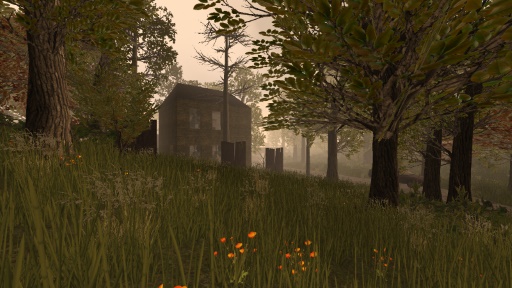 There is still room for improvements, but I like it so far. Unfortunately, the game will now run a bit slower, since the trees now also have about 4 times the amount of polygons to draw, but maybe I can squeeze out a few more frames from other parts of the game.