Guess what feature I mean

I finally have finished and cleaned up the particle system implementation for the upcoming new release of CopperCube. With that and all the other already finished features, CopperCube is nearly feature-complete now. Here is a screenshot of one of the new examples which will come with the software package, showing some instances of a few particle systems in action: A camp-fire and some futuristic green ball-thingy: 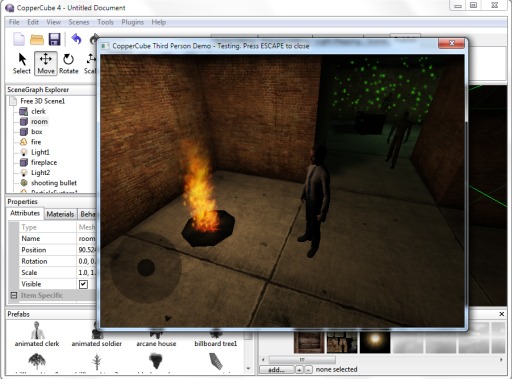 I know, I haven't talked much about the other cool features which will be in the next release. I usually don't do this because I don't want to disappoint people: When I'm working on a new feature, it's still possible that just before the release it turns out that there is some major technical problem preventing me from including it in the build. But in this case, I'm now 99.9% sure it will make it in. So here is a hint: 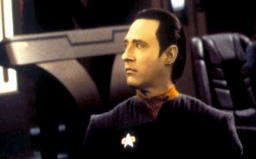 Can you guess what one of the bigger new features might be in CopperCube soon?

If you would like to get a mail once this new version of CopperCube is released, you can subscribe to the Ambiera Newsletter: