Postmortem of my Android Game App

As I blogged before, I programmed a little Android game and published it at Google Play, or the Android Market, which it was called still then. I wanted to see if and how you could make money of Android Game apps. Two months have been gone now since the game has been released, and I think it's time now to draw a conclusion:

I think the project can be classified as commercial failure. It has made a turnover of astonishing 16 euro so far. :)
As written previously in detail, the game has been rated very nicely, and people seem to have liked it. A few websites reviewed the game as well positively, and the 'Lite' edition of the game I made was downloaded a few hundred times in the few weeks it existed. But still, sales of the full - 'HD' - version remained low, unfortunately.
So a few weeks ago, after 2 months I decided to make the game free: at least people should have fun with it. This caused a tiny boost in downloads, and quite a bit users are now playing the game. You can get it here.

My personal conclusion from all this is pretty much the same as I read from other people on the web before I started this project: It's difficult to make money on the Android Market / Google Play with normal, sold apps. People using Android phones appear to expect free stuff, even if it comes cobbled with annoying ads or spyware. 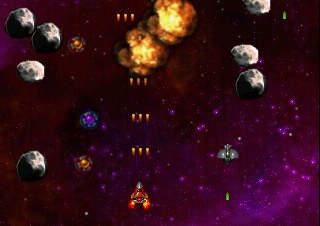 At least, Google Play provides you with some detailed statistics of your apps. With a bit more than 2000 currently active game installs, I think those values might be interesting:

So I'll probably not continuing to develop Android Games, and keep creating and improving real software. :) But it was an interesting experience, and also if it has flaws: Google really created a nice OS with an excellent development environment for it. For creating fun and hobby projects, I can really recommend Android as software development target platform.

I would agree with Jorik... sorry :( but the game doesn't look so good from my point of view.

Nikolaus, I just downloaded the game and it's pretty entertaining.

If you can, strive to create games for multiple platforms, to not put all of your eggs in the same basket. Also, you should realize that people not only expect free Android apps, people also expect free games in general. Selling games is a tough business, especially for indie developers, no matter the platform.
Alex
Quote
2012-04-06 13:43:00

The problem with iphone and android is that there are too many apps. Not even commenting on the quality of your average. It makes it too difficult to discover. The app to user base ratio is simply too high.

I develop apps for Nokia and even an average app (free) should expect a couple of hundred downloads a day. Good ones in the thousands and I can't comment on top ten apps but I'm sure it's in the tens/hundreds of thousands. You're only going to get these numbers if you're in top lists on Android/Apple. That's because there's 100k apps on Nokia not half a billion or whatever Apple is banging on about these days.

When it comes to paid apps one can only speculate as most keep their cards close to their chest. I have heard that it is hard to be a commercial success on Android, given the number of cheap/junk phones running Android I would tend to think the typical user is a bit cheaper than say someone with an iPhone/Nokia/WinPhone/Blackberry. I still remember someone saying once that the top 100 developers on Blackberry all pull in over 100k a year. I doubt the same can be said on Android. I know my own work on Nokia keeps me in pocket money which is pretty good for a hobby.


My next move in the gaming area is to leverage HTML(5) as it becomes more and more powerful. That way my games will work on anything with a touch screen. That way platforms won't matter.
Kimble
Quote
2012-04-06 14:05:00

I think you might have given up too early. These things take time to grow, get the word around. Maybe after 6-9 months would have been a better timeframe to decide your project was a failure and give it away.

And even then, just having an app in the Market is better than a lot of programmers and should be reason enough to consider this a success. Check out this post (part 4 towards the end): http://softwareasaliving.com/2012/01/interest-vs-required-work-vs-accomplishment/
Sandy
Quote
2012-04-06 14:53:00

Well, no surprises here. Games don't make money anywhere(including iphone), if they are not block busters. They are not solving any pains, people tend to pay a lot more for things that solves their pain.
deyim
Quote
2012-04-06 15:27:00

That's a well known fact: Android Market (or Play, or whatever it is called tomorrow, I can't care less) won't get you on the cover of Forbes.

I can't tell for sure based on the screenshot but I presume that at least some players do find it entertaining (I personally quite like the "1942/43 style fly up the screen and shoot whatever moves" type games so I suspect I'd quite like this.

I agree that there seems to be a huge expectation that games/apps on Android should be free (which is great for users, but horrible for developers).

Before giving up hope (and since I know I've had success on it) have you considered re-packaging your app for sale on the BlackBerry PlayBook?

Half of one second was all I needed to determine that the graphics are very poor for today's standards. What the graphics need is an Artistic VISION.
Dave Finnie
Quote
2012-04-07 00:11:00

Im looking for some larger replacements an eye to apps that are somtimes harder to dig during the day with my phone dimmed down.

A brightness tab bar music playe ricons would be great but Im certain if there is a mess of importance tab bar icons.

The to begin with variety, recognised as withholding tax, is withheld from an employee’s wages by their employer.To pay self-employment tax, you needs to have a Social Protection variety (SSN) or an individual taxpayer identification range (ITIN).Why?The employer then sends the withheld sum to the suitable taxing authority.The SE tax payments you make go in direction of your coverage underneath the federal Social Safety platform.

The game might be fun, but one thing you'll notice is that most iPhone/iPod games are very well polished and nice looking. Honestly, this doesn't look very visually appealing. Text aliasing, eh color scheme and heavy jpeg aliasing in the screenshots. (I realize Google is applying some automatically, but screenshots of other apps are not that badly artifacting)
Daniel
Quote
2012-04-19 03:05:00