I just released CopperCube in version 3.0.3, adding the features I blogged about before: Support for vertex colors (=nice 3d models without using textures) and correct import of huge 3d models, including the possibility of showing them in Flash and WebGL at decent speeds. 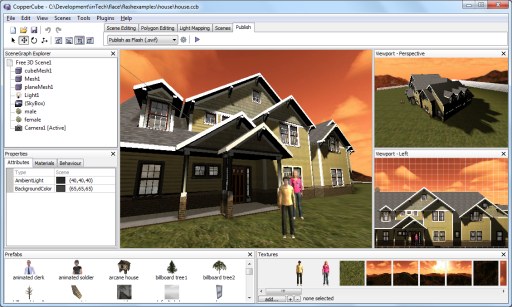 It's pretty cool that you can now basically download mostly any 3D model out there and use it in WebGL or Flash Stage3D using this. But maybe and idea would be to add a feature to quickly simplify such a big 3D mesh? I mean, really, 5 million polygons for a helicopter isn't what you want in realtime 3D applications. It also sucks for the download speed when viewed online then.