First impressions after the release of my book 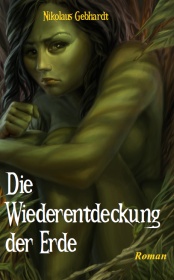 A few days are now gone since my book 'Die Wiederentdeckung der Erde' has been published (get it here from Amazon or from libri.de), and I already received some feedback. Surprisingly, all feedback is very positive, and all people who read the book (and who contacted me) appeared to have liked it. This is quite a contrast to the feedback I'm used to, the first comments you read about your newly released software or game are usually quite negative. It's easier to tell people about what you don't like, after all.

Not to mention that I am also quite glad that there are people who bought the book at all. So if some of them are readers of this blog: Thank you very much!

By the way, although my book is written in german, you can even order it in book shops and online shops of the USA, Great Britain and Canada as well, since a few days. Try for example from amazon.com. If you are in Germany or Austria, getting it from amazon.de is faster, although they still claim they don't have it in stock. Must be kind of a bug. Amazon was also the last online shop to display the cover of the book at all, I wonder why they are still the market leader :)

Mmmm this is inspiration for me to complete the story I began writing when I was commuting a lot. Its still in progress, but slowed considerably...
Could you make a post about how the *development* of your story went?
Ralph Eastwood
Quote
2011-12-08 10:03:00

The human race has only just begun to re-colonize the surface of the earth, after generations have spent their lives in underground bunkers to withstand the effects of resource war. Erik is an expert in physics and works as an archivist in a small village with farmers and hunters. Is defined as the science minister visits him unexpectedly, and the next morning found dead, he sets out with Jarim, find the hunter in the capital and slips into a maelstrom of intrigue and conspiracy, and must be that the small remnant of humanity, still exists, is just ahead of an apocalyptic disaster.
niko
Quote
2011-12-14 08:12:00