This is a picture I took yesterday in Frankfurt, in front of the European Central Bank: 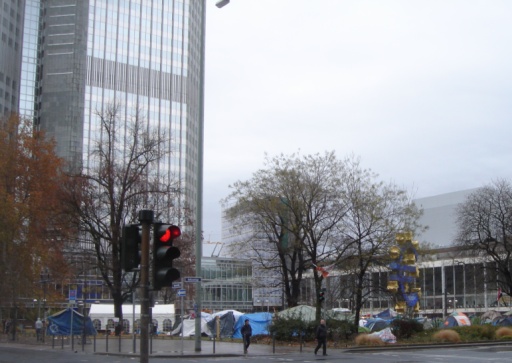 It's Occupy Frankfurt, a sad little tent camp around the euro symbol (the yellow blue thing on the right). Compared to the massive towers of the banks around in the city, this occupy movement looks like a funny little joke. If you see this in real, your immediate thought is that they won't achieve anything at all. Not if they somehow manage to piss some of those politicans and bankers off. I don't have the feeling that sitting there in the rain, camping, doing nothing but discussing will cause some change...