Currently, I don't have that much free time, because I'm pretty stuck here: 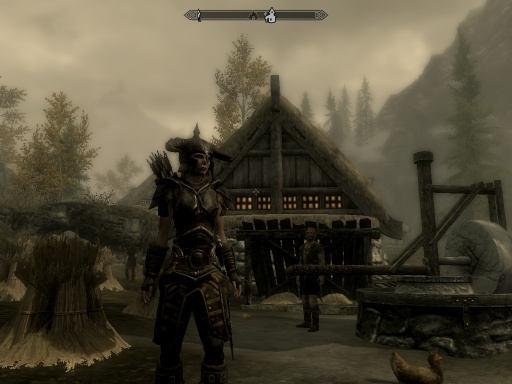 Yes, it's Skyrim, and I like it. I previously announced that I won't buy that game, but since Bethesda now lost the law suit, it's probably ok. ;)
The game is great, it's basically Oblivion with updated graphics and some code mixed in from Fallout 3 (finishing moves, for example, nice touch), and set in a bit colder environment, a bit to the north. Unfortunately, I'm playing the german version, and they even translated the names of the locations. For example the name 'Skyrim' doesn't appear in the game, instead they named it 'Himmelsrand'. But apart from this, the game is very nice, even the translation and german speakers.
So excuse me: 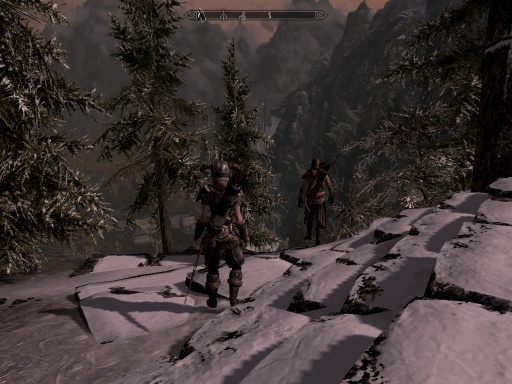 Now I'll have to check what is down that hill.

Niko, I'd like you to post your opinion (and the opinion of other german-speaking gamers) about the full translation of games to your native language.

There are just some few games fully translated to my native language (portuguese) and all gamers I know still prefer their english version.
Nostaw
Quote
2011-11-18 12:58:00

Usually, I also prefer the english version due to bugs/problems in the translation, but I think the quality of translations in games has improved much during the last years. But difficult to say in general.. I was happy for example that it was possible to switch the german version of Duke Nukem Forever to english manually :)
niko
Quote
2011-11-18 15:18:00

I'm always annoyed when I cannot play a game in english. With the german versions I always feel something is missing, it's not quite the way it was meant to be.
The worst example for this was World of Warcraft, when the begun to translate the locations. It was so riddiculous, this simply doesn't work in german...
Telepath
Quote
2011-11-19 12:48:00