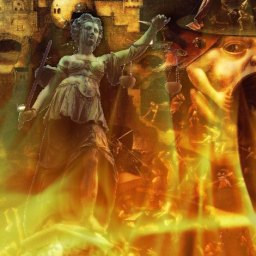 About two months ago, the office of my company moved a few kilometers to the west, from the center of Vienna to the more rural area. Basically only the address of my company has changed, but technically, it also relocated from one federal state of Austria to another one. This wasn't a problem at all, and a short email to all official institutions let them know about this change, and everything was fine. Well, except for one institution: The commercial court of Vienna.

I've now written a total of 4 letters to them, where two of them had to be certified by a public notary (!), and I've talked on the telephone to about a dozen people working in that court. After all that, they were still not able to simply change my companies address in their database. Now, after two months, they've sent a letter that they've transfered the matter to another court, the one of my federal state, and according to another letter I also received a day later, it seems that all this is going to start again with that court.

All I can think of this is WTF. It's just a fucking address they have to type into their computer. It's not like this address change in their database is vital for me, but I just can't grasp how utterly lazy and stupid the people there seem to be. And how many money has been wasted already with this simple thing.

In Austria, they tell you that the Departments of Justice are constantly overloaded. But there is obviously another, much much bigger problem in that system.

Maybe it would've been easier to shutdown your company and found a new one. Although supposedly you run into trouble of a much different kind that way...
xaos
Quote
2011-07-15 12:37:00

I can go to buy a contract mobile phone and take letters confirming that I've been in my job for a while now, that I make far more than I need to pay off the contract each month, and that I have enough floating cash that I could pay the whole damn thing upfront, but still the only opinion they trust is some random company (sitting in a very grey legal area) who has inaccurate details on me and refuses to update them in any sensible time frame.

This is partly caused by regional grants and funding - in order to stop companies from cheating the system, they have to put in extra checks to discover and discourage foul play.

The plus side is, you get more free money available from the government. Stop thinking like a coder, and think more like a businessman. :)
Euro-businessman
Quote
2011-07-17 01:22:00