The Upcoming Collapse - From a Game Developer's Point of View 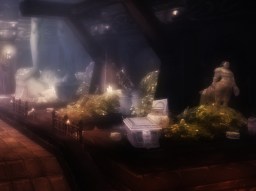 Disclaimer: I'm not a financial expert, I'm a software developer. But in this role, I've worked and developed software for the military, for intelligence services, online game studios (seriously, see below why) and banks, and have a bit of an insight about what is going on and what will happen in the near future.

If you watched the news recently, you might be a bit amazed about the strange contradicting headlines. On the one side, we appear to be in a economic recovery phase (or even boom) but are surrounded by failed states, exploding deficits and failing currencies. How does this make sense? And what does this mean?

What is going on?

Basically: Currently we have a financial industry which is bigger than any other industry. It manages and generates more money than anything else, although it doesn't even produce anything. It basically generates money out of thin air. If you ever worked on the game design of a virtual world it's pretty clear that this doesn't work for a long time. Sooner or later the money system in your game world will stop working. That's what nearly happened in 2007. But instead of 'resetting' the game world, the politicians decided to let the banks continue. They 'fixed' the buggy system by pushing out more non-existing money out of thin air.

This worked for a short time, since this whole system now is based on trust in the system and confidence in the future development of the system. People simply believed that the bugfix worked. But it didn't, because they actually didn't fix anything. And now it is breaking down again. There are so many signs for this, you only have to take a look into a newspaper, for example from today:

What will happen now? 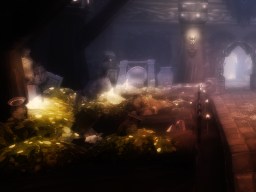 IMO, there it's not possible to prevent the collapse anymore. The politicians have shown that they are incapable of even thinking about counter measures, and the bankers now switched to the squeeze-every-money-out-of-the-system-as-long-as-it's-still-possible mode. They know: If they succeed, they get the money, if they fail, the governments will print more money to save them. Nice setup, right? Also: Take a look at history. Every FIAT money system has broken down. It usually leads to hyperinflation. The only thing nobody knows today for sure when the time will be.

What can you do about it?

If you have some money lying around, it will soon be worth nothing. Buy something of value with it. Like silver, gold or if you have a lot of money: real estate. Some piece of land, a house, or whatever. And then wait for the collapse and smile. And even if it doesn't happen: You've lost nothing then.

Agreed, but I think it may already be too late for 'regular' people to buy precious metals, which seem to be in a bubble themselves too because of all the people who have already 'hedged' that way. As ever, by the time normal people find out about something, they're at the tail end where all the losses are made :/ http://seekingalpha.com/article/260900-the-impending-collapse-of-the-gold-bubble

If the monetary system collapses, gold wins big. But if it doesn't, the gold bubble will probably collapse. Seems like the smart money is in both, although most of us can't afford that.
steve
Quote
2011-04-19 10:54:00

I usually cringe when you make a political post to this blog, but I'm in 100% agreement on this point. It's undeniable by anyone using logic instead of emotion. Inflation is an invisible tax, and we are all about to be taxed into poverty.
monjardin
Quote
2011-04-19 17:19:00

There is also a three hours "crash" course, about the out-of-control numbers, everywhere in our society: http://www.chrismartenson.com/crashcourse