I just browsed to one of the online game magazines/websites I read, and was presented with their main page, looking like this: 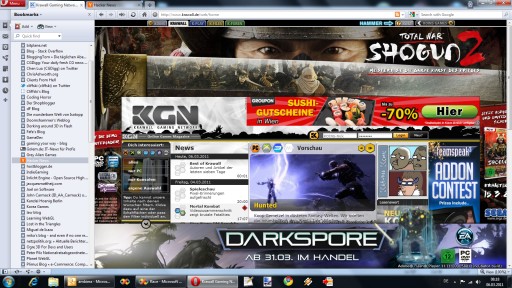 I know the only source of income for those websites are ads, but seriously, Krawall? Really? Take a closer look. Do you see where the actual content of the website is? 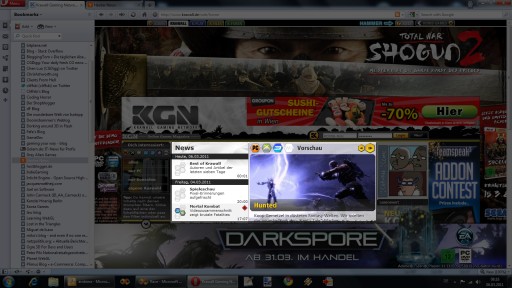 Yes, it's only that small white rectangle in the middle. They can't be serious about that. And it doesn't look much better on other websites. Dear gaming sites: Don't be surprised that most of your users now prefer using social media for their gaming news.

Tried GamersGlobal? I like their approach to more or less remodel a magazine. And they actually offer a real value when subscribing.
Marcus
Quote
2011-03-06 10:24:00

It looks a little different today, the lower banner is gone, so when you scroll down half a page it looks quite normal.
But it's quite funny when you have flash blocked, the header-banner looks partly like a windows-desktop with shortcuts called "K-Porn.de" "Ohne" "Werbung" "kein" "Krawall" (meaning "no Krawall without ads").
Telepath
Quote
2011-03-06 13:14:00