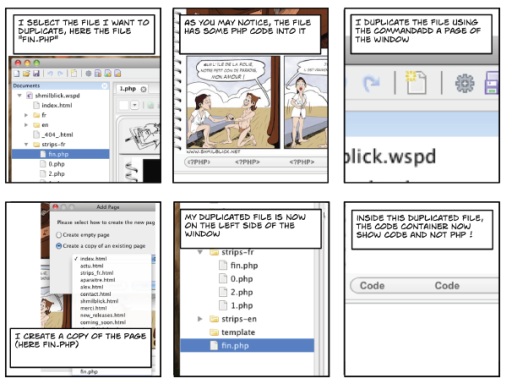 It is in comic form. A high resolution pdf with 3 pages of self made comic, describing the bug. Kudos to shmilblick for this original idea. It not only made me laugh, but also described a bug which I was able to reproduce in no time. :)