I released a new version of my website editor, WebsitePainter today. It includes a bunch of nice new features, including some HTML code syntax highlighting. The reason that something like that hasn't been in before is that you usually don't edit HTML code in the editor, but simply drag and drop elements around. But of course, it is possible also to add some stuff in the HTML code, like attributes and CSS styles, so a syntax highlighting was nice to have. 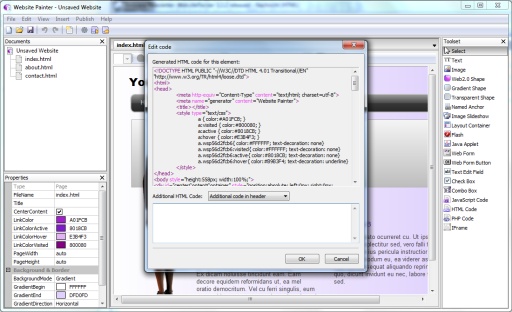 Interestingly, the feature becomes quite slow on the Mac OS X version, where I tell the text control which parts of the text has to be in which color. For big pages, it takes up to two seconds, which makes typing a PITA. So I had to add a time measurement feature inside the syntax highlighter, which then stops early on slow systems. But I guess I'll investigate later more deeply into the reason why Mac OS X is that slow on that part. It's a bit embarrassing.