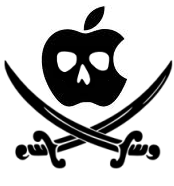 Apple recently announced their Mac App Store which is basically their App store already known from the iPhone, but for the Mac Computers. Developers will be able to upload applications starting with November, and it's expected to go live for end users in January.

If you are a developer, the App Store initially sounds like a good idea. But Apple is Apple, and the details don't sound that nice: Apple wants 30% of the revenue if you publish your program on the Mac App Store. And additionally, you need to pay 99$ per year to access the Developer Program, only to get information about the App Store internals in order to develop for it. Additionally, Apple forces you to obey an incredible long list of stuff you may not do in your application: License keys? Forbidden. Own update mechanism? Forbidden. You app is similar to an app created by Apple? Forget it. Using your own copy protection scheme? No chance. And the list also includes other ridiculous stuff like "apps that [...] do not provide any lasting entertainment value may be rejected". Oh come on.

From a developers perspective, and known the bad history of Apple, rejecting plenty of totally valid apps for their own reasons, the App store currently looks to become a censorship and revenue sucking tool generating money for apple and putting us developers at the mercy of this company. And since the distribution of Apps via normal website downloads doesn't generate any money for Apple, I bet they'll make it more and more difficult in the future for developers to go that way instead.

But it's not that bad. Apple won't be that evil, right? Right?

I know several developers whose business fortunes are entirely down to the App Store. All the brouhaha about rejected Apps are about a tiny, miniscule proportion and really of no consequence - great for driving traffic to internet sites but really not a big deal in most cases. And try getting published on XBLA or PSN - I guarantee that is several orders of magnitude harder, and yet there aren't blogs full of people bitching about that.

Yep, 30% is high. It's also the same as Steam, PSN and XBLA. It's basically what you can expect to pay to not only get sales handling, but also marketing and portal access. The question is whether it generates more revenue than it costs - the experience of people I know is a 'hell yes' - Steam basically saved some developers businesses (e.g. Introversion).

License keys and outside updates are disallowed because the experience for the user is supposed to be uniform & predictable. If you don't like that, don't use any of the normal app portals.

Yes, be that way if you really need, nico! All the people jailbreaking their iphones to be able to install what they want are just wrong, and come on, it's just a minority.
Isn't it great of apple to let independent developers participate in their great succes? And of course it is totaly, perfectly fine that apple hammers into the developers their own sense of what the customer wants, because, really, apple are the only one who really know!
All the stupid talk about freedom of choice and free market is just anarchism.

Look, I'm all for developer freedom. And you have the freedom not to use the App Store. I'm just saying all this ranting about rejected apps does nothing to change the fact that small 1-5 man development teams are doing a lot better on the App Store than they ever were elsewhere. Call me when there's a perfect open system that adheres to your ideology that generates revenue for small teams as well as the App Store does.

You can go by rhetoric and principled nerd rage if you want, but to deny that regular indie developers haven't had a *wealth* of opportunites out of the App Store is to deny reality. It's not like there aren't other options, but to rule out a sales channel because you're on your high-horse about it isn't good business sense.
Steve
Quote
2010-10-25 16:52:00

And no-one ever responds why they're so anti-app store but still dream about getting on XBLA/PSN. XBLA/PSN cost a TON of cash to even get to QA stage (devkits etc), and there's a far bigger chance they'll reject you. If there's any service to bitch about, it's those. But instead, people moan about $99 and a <1% rejection chance. Bizarre.
steve
Quote
2010-10-25 16:57:00

[If there’s any service to bitch about...]

Steve, stop beating a dead horse. You have already made your point clear. The guy is merely expressing his opinion. What the hell are you acting so defensive about? Oh, I remember now, you have recently converted to Mac. Great. Good for you. Stop acting like a teenage fanboy and grow up.
Ash
Quote
2010-10-26 03:19:00

@Bob: totally agree. I always thought Microsoft is "evil", until I heard about the Apple agreement for developers from a friend of mine. I'm not going to buy anything from Apple for sure (also because of the price ;) ). And I don't like MacOS. Have to use it sometimes here at work, and it simply doesn't feel right (OK, I'm "Windowezed").
Brainsaw
Quote
2010-10-26 07:42:00

Thank you! You often write very interesting articles. You improved my mood.
I just love blogging and as i get spare time from busy schedule i start working on it. Wonderful post, I really enjoyed reading it!
ian
Quote
2010-10-28 04:54:00