The Galactic Gaming Guild just released their first game: The full ace tennis simulator. It's an indie game, but from what it looks like, it could also be a AAA game: 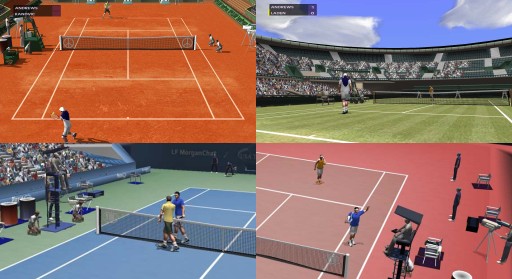 The game costs about 15 €. Full ace tennis doesn't use Irrlicht, but irrKlang, the sound library developed by me. Looks like irrKlang is becoming more and more *the* sound library for indie developers.

The more I play around with irrKlang the more impressed I am with it.

Honestly, I don't think you should be that surprised about it's acceptance in the indie game community.
It's quality software. The API is extremely intuitive. It's cheap... Especially for hobbyist and indie developers. Also, alot of developers are already familiar with it from playing around with the free non-commercial version.

This is a very good looking game though obviously not up to those so called triple AAA games. but still it looks pleasant to eye and graphics are immersive enough. Irrklang is a very good and easy to use library, just like irrlicht. While Irrlicht may not provide graphics like some of the latest 3D engines Irrklang provides good audio(As it depends more on quality of mixing and file played istead of photorealistic textures). And it is cross platform also. The only good choices are miles, fmod and irrklang. Obviously Irrklang is going to be a lot more popular in coming time.
kinjel
Quote
2010-06-01 07:25:00