I recently hadn't that much time, so I only have played it for some few hours yet, but here is a game recommendation:
Torchlight is a quite nice and entertaining game. It's basically a Diablo III clone - which feels a bit odd since Diablo III hasn't been released yet - but it has everything Diablo 1 and 2 had and what you would expect from version 3. 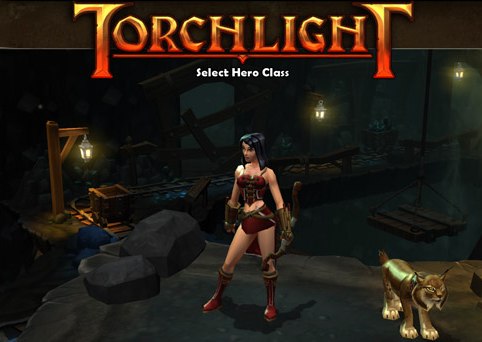 Everything in the game feels very familiar: Portals, how you level up, skill trees, the weapon/armor/item system, sockets, magic, identification scrolls, shortcuts, the user interface, how the quests work, etc. Except that Torchlight doesn't include a multi player mode [which I would try to ignore anyway to not to get addicted ;)] I'm not sure what I would expect more from Diablo III, so I can recommend this game.
Best 20 € I've invested this month, so far :)

Torchlight turned out more awesome than we could have hoped for - you should try the editing suite too, it's cool and there's lots of interesting mods already.
Steve
Quote
2010-04-27 18:02:00

Totally agreed! Great game! And a multiplayer mode would probably had made the game too dangerously addictive ;)
Sickbyte
Quote
2010-04-29 19:57:00