Axis Mundi was a student project built in 24 weeks by Surface Studios as part of a final year assessment for the Bachelor of Interactive Entertainment course run by Qantm College, Melbourne, Australia. 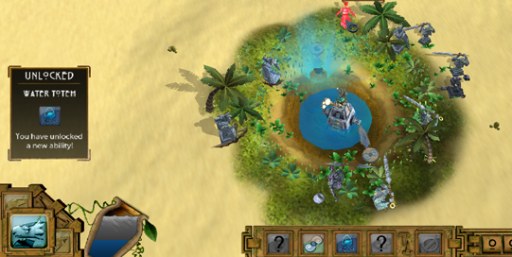 Irrlicht was the teams choice as 3D engine to assist them in getting the game done in such a short time span. Luke Di Lodovico, project manager says: "Having no exposure to Irrlicht, and being new the the world of game programming, it was a hard task to get where we got to, but found that without Irrlicht3D we would have had an almost impossible task."

The game looks fun, and after I watched the gameplay video, it looks like a nice idea.

Thats right. Irrlicht is the easiest to use graphics engine I know, and without using it I would still be stick somewhere in the middle of another graphics engine without having my game finished by 90% or something like that.
Brainsaw
Quote
2010-03-02 07:26:00